There is anxiety to buy Bitcoin in the market and the options to buy at a discount are short-lived as investors are eager to get hold of the increasingly scarce Bitcoin. 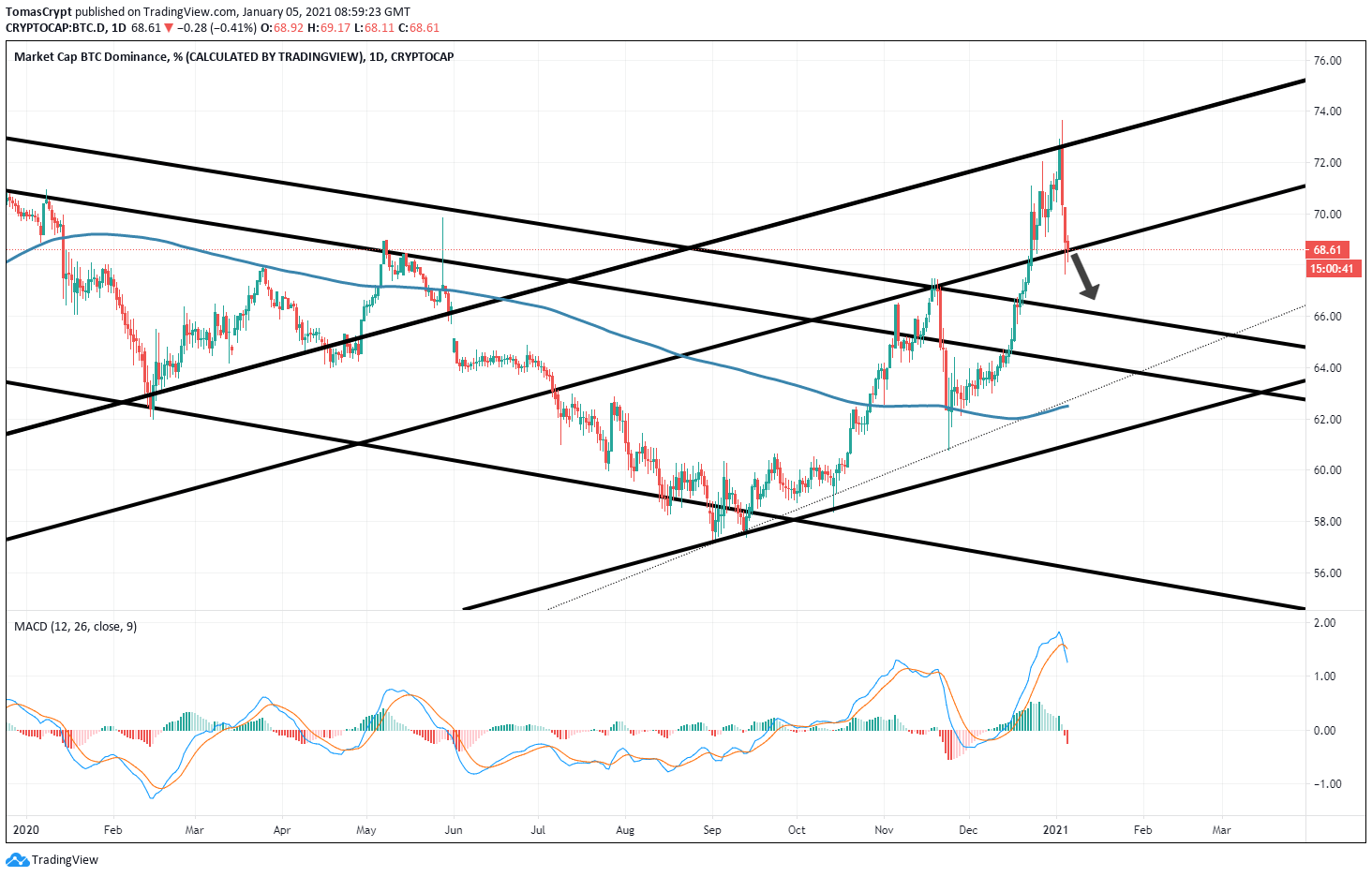 The Bitcoin Dominance chart shows the result, closing the day inside the bullish channel. A close below the 67.5 level of dominance would trigger a downward leg with a first target at the 66 levels, as projected by the MACD downward cross. We cannot rule out a walkout to the 62 levels where the 200-day simple moving average sits. Who would benefit from this move? The altcoin segment in general, but especially Ethereum.

The ETH/BTC pair is currently trading at the price level of 0.0327. The session’s peak has been set at 0.035, but more importantly, it has ended the correction that began at the relative highs of September 1st. The 200-day moving average accompanies the pair perfectly and also crosses into the new bullish scenario, giving solidity to the movement. 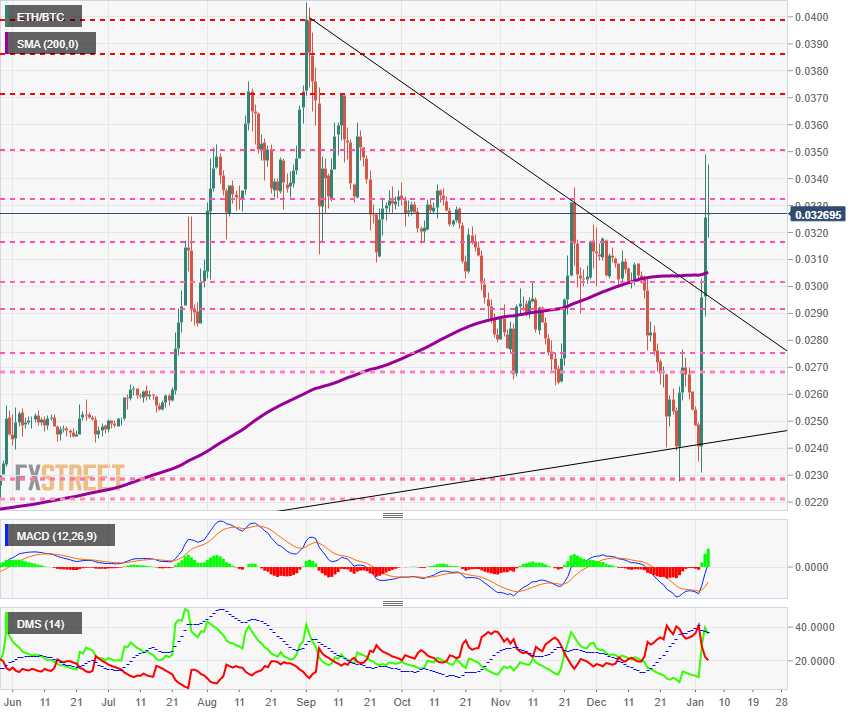 The MACD on the daily chart takes on a radical bullish profile, so extreme that it poses a polarized scenario between the bullish explosion and the technical correction that returns the moving averages to more normal inclinations.

The DMI on the daily chart shows bulls above the ADX line, which usually provides a strong signal for the upward movement. On the other hand, bears continue to lose strength and show no intention of competing for the direction of the ETH/BTC pair.

The BTC/USD pair is currently trading at $31,600 following an intraday correction that brought the price up to $28,000, where the money quickly showed up.

Above the current price, the first resistance level is at $33,370, then the second at $34,799. Above this level, the BTC/USD would again enter a free ride mode targeting the moon.

The MACD on the daily chart is showing a loss of the upside profile but retains the separation between the moving averages, leaving room for possible upward extensions.

The DMI on the daily chart shows bulls losing strength but still retaining a considerable advantage over the market’s buy-side. The bears are pausing in their upward trajectory but are not giving up their attempt to control the BTC/USD pair.