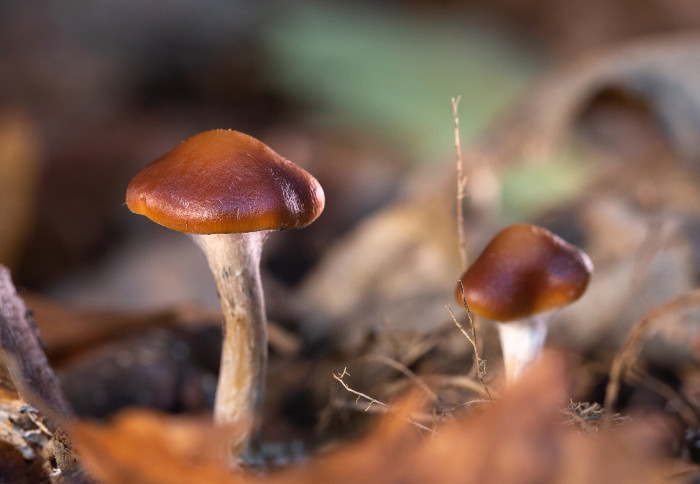 Psilocybin, the active compound in magic mushrooms, may be at least as effective as a leading antidepressant medication in a therapeutic setting.

This is the finding of a study carried out by researchers at the Centre for Psychedelic Research at Imperial College London.

In the most rigorous trial to date assessing the therapeutic potential of a ‘psychedelic’ compound, researchers compared two sessions of psilocybin therapy with a six-week course of a leading antidepressant (a selective serotonin re-uptake inhibitor called escitalopram) in 59 people with moderate-to-severe depression.

The results, published today in the New England Journal of Medicine, show that while depression scores were reduced in both groups, the reductions occurred more quickly in the psilocybin group and were greater in magnitude.

However, the researchers caution that the main comparison between psilocybin and the antidepressant was not statistically significant. They add that larger trials with more patients over a longer period are needed to show if psilocybin can perform as well as, or more effectively than an established antidepressant.

For the psilocybin dosing sessions, volunteers received an oral dose of the drug in a specialist clinical setting, while they listened to a curated music playlist and were guided through their experiences by a psychological support team, which included registered psychiatrists. All volunteers on the study received the same level of psychological support.

These latest findings…offer the most compelling evidence yet to support efforts towards licensing psilocybin therapy as a regulated mental health intervention. Dr Robin Carhart-Harris Centre for Psychedelic Research

People treated with psilocybin – named ‘COMP360’ by its developers, COMPASS Pathways PLC – showed marked improvements across a range of subjective measures, including in their ability to feel pleasure, and express emotions, greater reductions in anxiety and suicidal ideation, and increased feelings of wellbeing.

Dr Robin Carhart-Harris, Head of the Centre for Psychedelic Research at Imperial, who designed and led the study, said: “These results comparing two doses of psilocybin therapy with 43 daily doses of one of the best performing SSRI antidepressants help contextualise psilocybin’s promise as a potential mental health treatment. Remission rates were twice as high in the psilocybin group than the escitalopram group.

“One of the most important aspects of this work is that people can clearly see the promise of properly delivered psilocybin therapy by viewing it compared with a more familiar, established treatment in the same study….

A proposed ballot measure to legalize psilocybin in California would save the state millions in enforcement costs and also...

Clinical trial will evaluate safety and psychoactive properties of natural Psilocybin product extracted and formulated at 7,000-square-foot laboratory in...

Turn on, tune in and don’t drop out. The push to develop psychedelic drugs is gaining momentum, but not...

A Republican Missouri lawmaker is again making a push to place marijuana legalization on the ballot. But some activists...

California Senate Approves Bill To Legalize Possession Of Psychedelics Like

A Republican Missouri lawmaker is again making a push to place marijuana legalization on the ballot. But some activists...