How ecstasy and psilocybin are shaking up psychiatry

On a sunny day in London in 2015, Kirk Rutter rode the Tube to Hammersmith Hospital in hopes of finally putting an end to his depression.

Rutter had lived with the condition off and on for years, but the burden had grown since the death of his mother in 2011, followed by a relationship break-up and a car accident the year after. It felt as if his brain was stuck on what he describes as “an automatic circuit”, repeating the same negative thoughts like a mantra: “‘Everything I do turns to crap.’ I actually believed that,” he recalls.

The visit to Hammersmith was a preview. He would be returning the next day to participate in a study, taking a powerful hallucinogen under the guidance of Robin Carhart-Harris, a psychologist and neuroscientist at Imperial College London. Years of talking therapy and a variety of anti-anxiety medications had failed to improve Rutter’s condition, qualifying him for the trial. 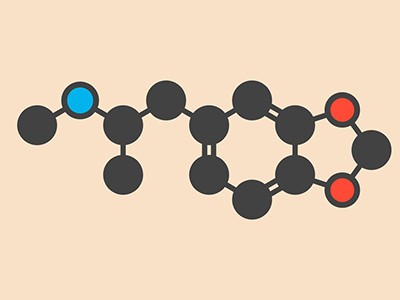 “Everyone was super nice, like really lovely, and especially Robin,” Rutter recalls. Carhart-Harris led him to a room with a magnetic resonance imaging (MRI) machine, so researchers could acquire a baseline of his brain activity. Then he showed Rutter where he would spend his time while on the drug. Carhart-Harris asked him to lie down and played him some of the music that would accompany the session. He explained that he would have on hand a drug that could neutralize the hallucinogen, if necessary. Then the two practised a grounding technique, to help calm Rutter in the event that he became overwhelmed. Without warning, Rutter burst into tears.

“I think I knew this was going to be unpacking a lot — I was carrying a bit of a load at the time,” Rutter says.

When Rutter returned the next day, one of the researchers handed him two pills containing a synthetic form of psilocybin, the psychoactive ingredient found in magic mushrooms. Rutter lay down on the bed and put on headphones and an eye mask. Soon, images of Sanskrit text appeared to him. Later, he saw golden bejewelled structures. Then his mind went to work on his grief.

The Imperial study was one of a spate of clinical trials launched over the past few years using illicit psychedelic drugs such as psilocybin, lysergic acid diethylamide (LSD) and MDMA (3,4-methylenedioxymethamphetamine, also known as molly or ecstasy) to treat mental-health disorders, generally with the close guidance of a psychiatrist or psychotherapist. The idea has been around for decades — or centuries in some cultures — but the momentum has picked up drastically over the past few years as investors and scientists have begun to champion the approach again (see ‘Psychedelics take flight’).

Once dismissed as the dangerous dalliances of the counterculture, these drugs are gaining mainstream acceptance. Several states and cities in the United States are in the process of legalizing or decriminalizing psilocybin for…

Read more:How ecstasy and psilocybin are shaking up psychiatry

Totally Out There: Our Top 5 Psychedelic Stocks

Totally Out There: Our Top 5 Psychedelic Stocks

As cannabis investors increasingly cross over to the psychedelic side of the aisle, the race is on to see...

Forget Cannabis: Psychedelic Stocks Could Be the Next Big Thing for the Decade – The

Home » Investing » Forget Cannabis: Psychedelic Stocks Could Be the Next Big Thing for the DecadeCannabis stocks made...

I remember watching the crime drama “Dragnet” on television as a kid, during the 1960s when the show made...

3 Psychedelic Stocks to Invest In the Future of Medicine

FuelCell Energy Stock Is 6% Up Today