Shares of Grayscale Bitcoin Trust (OTC:GBTC) jumped 12% on Tuesday after JPMorgan issued an extremely bullish forecast for the price of bitcoin.

JPMorgan’s analysts believe the popular cryptocurrency could rise as high as $146,000 per coin, as more people begin to view it as a digital version of gold. That would bring the total value of all bitcoins to roughly $2.7 trillion, or about equal to the total amount of money private investors currently have allocated to gold. 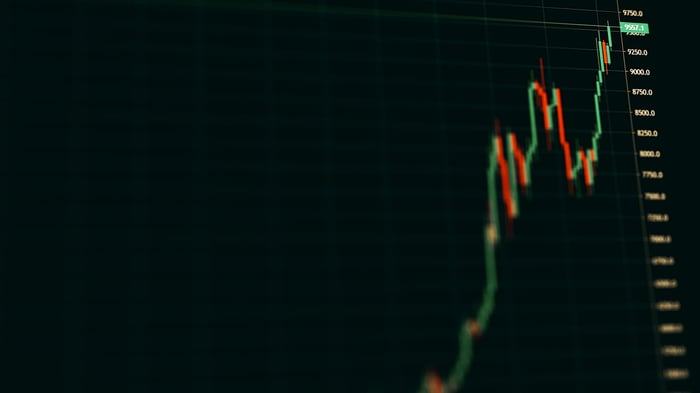 Grayscale Bitcoin Trust’s price is soaring along with that of bitcoin. Image source: Getty Images.

But to do so, bitcoin’s volatility will need to subside, if institutional investors are to use it as a store of value similar to gold. “This long-term upside based on an equalization of the market cap of bitcoin to that of gold for investment purposes is conditional on the volatility of bitcoin converging to that of gold over the long term,” JPMorgan’s analysts said.

JPMorgan cautions that bitcoin’s volatility is unlikely to converge toward that of gold in the near term. Its $146,000 price forecast should thus be viewed as a long-term, multi-year target.

Still, bitcoin’s price rose sharply, to roughly $34,000, after JPMorgan’s report. And Grayscale Bitcoin Trust, which is designed to act as a proxy for the price of the cryptocurrency, jumped along with it.