It has been less than two weeks since the SEC announced that it was suing Ripple for carrying out an unregistered securities offering of XRP. News of the lawsuit has resulted in several crypto exchanges halting the trading of XRP as they wait for a verdict.

In addition to the above, the number of XRP whales holding at least 1 million coins has been on a constant decline since the SEC announcement was made. According to data from the team at Coinmetrics, approximately 154 whales have left the category of those owning 1 million or more XRP. Below is their observation of the declining number of XRP whales alongside a graphical representation of the drop. 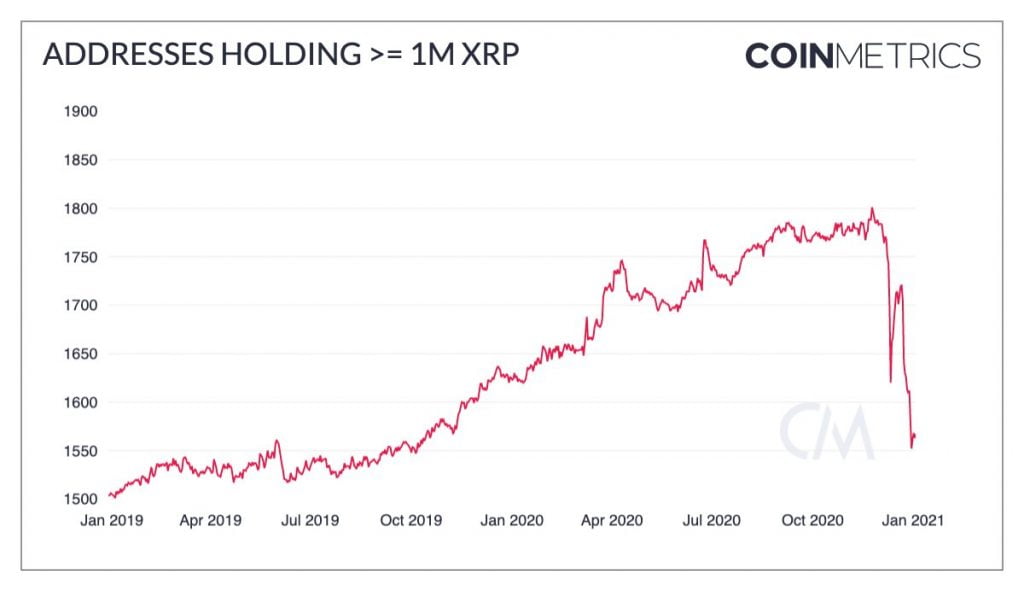 Furthermore, the team at Grayscale recently announced that they rebalanced their Digital Large Cap Fund and removed XRP in the process. The XRP removed has since been sold and all cash proceeds used to purchase the remaining fund components of Bitcoin, Ethereum, Litecoin and Bitcoin Cash. The new components of the fund are as follows.

Why Grayscale Removed XRP from its Large Cap Fund

Grayscale went on to explain that the removal of XRP was due to Genesis Global Trading Inc., the authorized participant of the fund, announcing that it will suspend trading of XRP effective January 15th, 2021.