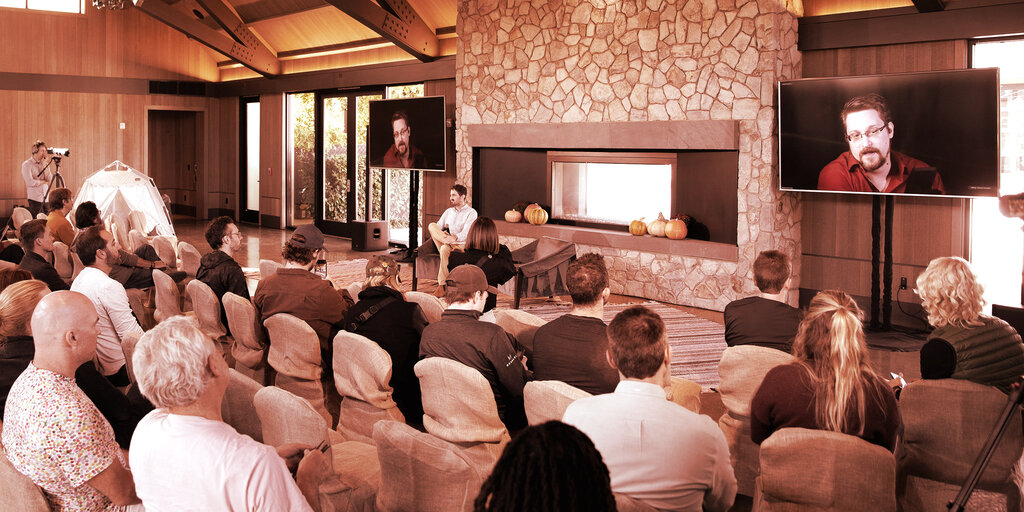 Three months after the U.S. government blacklisted the Ethereum mixing tool Tornado Cash, Edward Snowden called it a “do or die moment” that people in the crypto community “largely aren’t taking seriously enough.”

Snowden, who exposed an unlawful mass surveillance program by the NSA nearly 10 years ago and fled the United States, also helped launch the privacy coin Zcash in 2016, a leaked video earlier this year revealed. Over the past few years, he has been a vocal crypto advocate, though he has said that Bitcoin is still not private enough.

Tornado Cash, launched in 2019, is a blockchain protocol that helps users pool and “mix” coins so as to mask the origin and destination of their transactions. In August, OFAC (the Office of Foreign Assets Control, a division of the U.S. Treasury Department), added the Tornado Cash website and a long list of Ethereum wallet addresses to its Specially Designated Nationals list, banning American citizens from using the tool. The action meant that centralized crypto projects had to choose whether to comply with OFAC by banning wallet address that had interacted with Tornado Cash, or be in non-compliance.

Snowden, speaking remotely from Russia to a room of 75 people at Camp Decrypt in Napa Valley on October 27, said Tornado Cash is “simply a tool, it does nothing without human provocation” and compared it to a water fountain in a public park.

“You push the button and privacy comes out,” he said. “It doesn’t do anything unless you push it, but it’s a very simple thing. The suggestion that this is a bad thing, much less the kind of thing that merits granting the government a new and largely unlimited sanctions authority—to say nothing of kicking in the door and like imprisoning the poor bastard who was decent enough to build this in the park in the first place for us to benefit from—that is something that is deeply illiberal and profoundly authoritarian,” said Snowden.

In slamming the U.S. government for targeting Tornado Cash, Snowden said part of the problem is the Ethereum network’s model, which displays publicly the transaction history of each wallet. “You get this giant history cruft that just follows you wherever,” he said. “And you create all these chain explorers, and then people see every smart contract you’ve interacted with on Ethereum; it’s problematic.”

Of course, this is not unique to Ethereum. “Bitcoin suffers from the same thing,” said Snowden, “but at least—largely because there’s not as much contract-based activity on Bitcoin—they only see address A sends to address B and so on.” The former NSA and CIA contractor explained how blockchain sleuths can still then follow the digital trail: “They follow it out, they chart it, they see where it splits on the chain, and then they try to go where it goes back to a common node, or they track spends,” he said.

“With the tools that I had at the NSA, in like 2013, tracking Bitcoin transactions would have been very, very easy,” said Snowden. “And this is why even though I used Bitcoin to rent the servers that I used for communicating with journalists, and passing massive archive files over the internet anonymously, I was using Tor, I was using mixing services.”

Following the crackdown on Tornado Cash, some wallet providers have tried to build their own mixer-like tools. Snowden said that’s a start, but isn’t enough. “You have to have this stuff in the protocol, it has to happen on chain,” he said.

“We need people to be able to transact on chain, at any time, effortlessly, without their awareness,” said Snowden. “The same way that you connect to Gmail through a web browser, it’s using HTTPS, you should have levels of privacy protection baked into the protocol. And this prevents the kind of tomfoolery that we see the U.S. government beginning to engage in with things OFAC and Tornado Cash.”

Bitcoin’s Lightning Network Could Be Getting a Privacy Upgrade