A Beginner’s Guide to IOTA 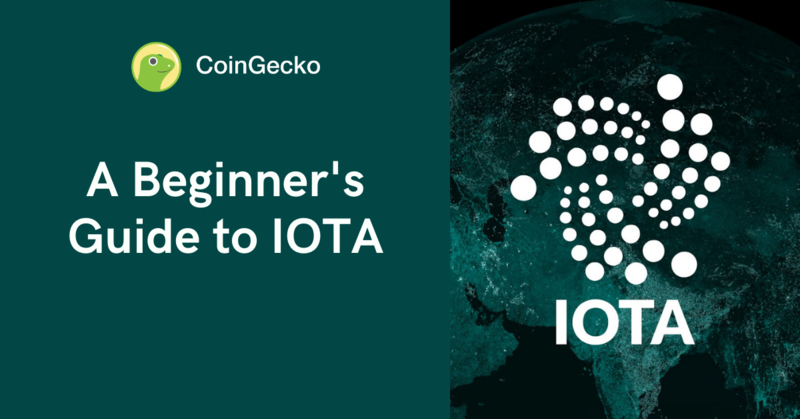 eToro is a publishing partner of CoinGecko

In continuation of eToro’s series of introductions to cryptocurrencies, we are now covering another popular cryptocurrency: IOTA. We will be going through the basics of IOTA and reviewing its features, purposes, and utilities.

Launched in 2015, IOTA is a distributed ledger built to track and conduct transactions between devices within the emerging economy of the Internet of Things (IoT). IOTA is  widely known within the crypto space for its primary technology, Tangle.

In this article, we’ll explore the basics of IOTA, its main technology, how its offline transaction works, and future plans for the company.

IOTA is a distributed ledger, built with an Internet-of-Things application in mind. IOTA’s ledger utilizes a cryptocurrency called mIOTA to account for transactions within its network.

It is worth noting that IOTA does not run on a blockchain. IOTA’s ledger, Tangle, is built using the Directed Acyclic Graph (DAG) technology, which does not follow a straight chain-like pattern like blockchains. However, just like any other cryptocurrency, IOTA runs on a peer-to-peer network where transactions get validated in a decentralized manner.

To expand the usage of the network among connected apps, the IOTA Project — a non-profit organization responsible for the ledger — has reached an arrangement with leading businesses, such as Bosch and Volkswagen.

What issues does IOTA solve?

Blockchain scale might not be a technical challenge today, but as transaction volumes grow, hardware might face computational limitations.

An IoT object’s storage and processing capacities are often limited by the available resources, which are frequently very restricted due to constraints in size, power, energy, and computational capabilities of a typical IoT device. This means that while IoT can process data in a peer-to-peer manner, they are restricted to the size of data they can process in a single block.

To get around this constraint, IOTA utilizes the DAG technology, which mandates all participants to process each other’s transactions on a micro-scale — contributing to lower transaction costs and quicker processing times.

Another drawback of Blockchain addressed by DAG includes the decentralization of the mining industry. This shortcoming was expected due to the problems created by the centralization of mining.

IOTA’s distributed ledger isn’t comprised of transactions clustered into blocks and processed in linear series but instead as a collection of individual transactions entangled together.

How does IOTA’s offline transaction work?

Flash is a bi-directional off-Tangle payment system that…

What Is Key to a Robust, Reliable and Secure Web3?

Bitcoin’s Lightning Network Could Be Getting a Privacy Upgrade